By some random stroke of luck, Hubs and I were able to score tickets to the Daily Show with John Stewart. 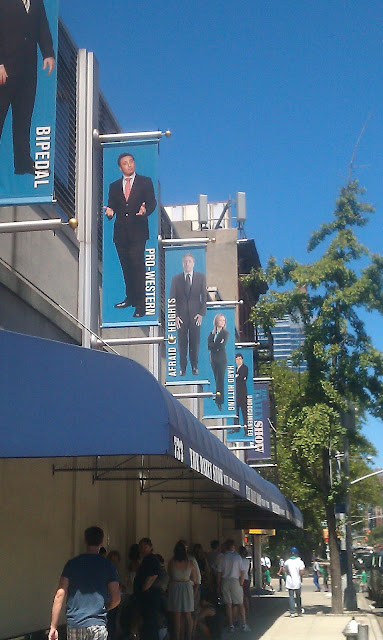 This is the outside of the studio, which is in the oddest place if you ask me.  Randomly in the far west edge of Hells Kitchen is not where one expects a TV studio.
We had to wait in line for our tickets.  It was first come first served and we were tickets 49 and 50. 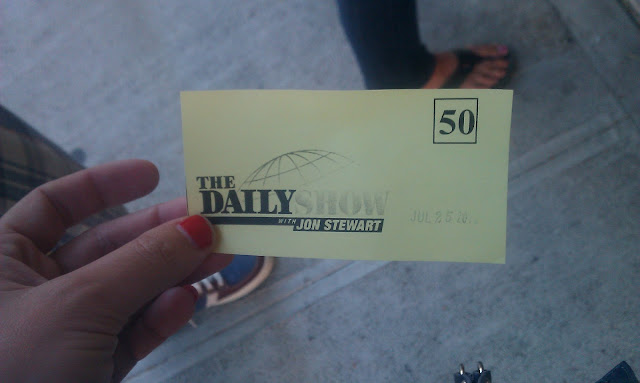 Unlike when we went to see Letterman, we got to keep these tickets.  Hubs was pretty happy about that. 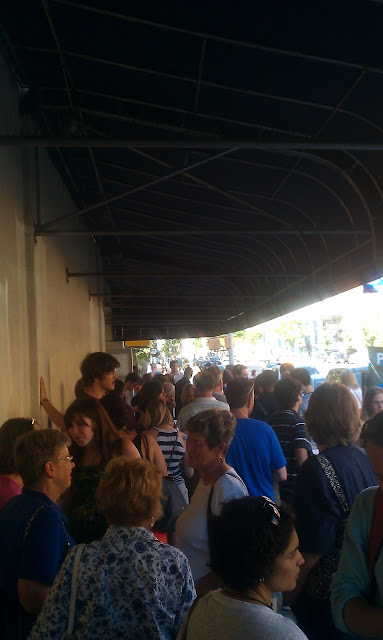 Waiting to go inside!  Hubs didn’t get a picture of the set this time around.  The ninja security guards actually caught him taking a pic and made him delete it.  The man has taken illegal pictures in AFRICA and not been caught.  These security guards were freaking stealth. 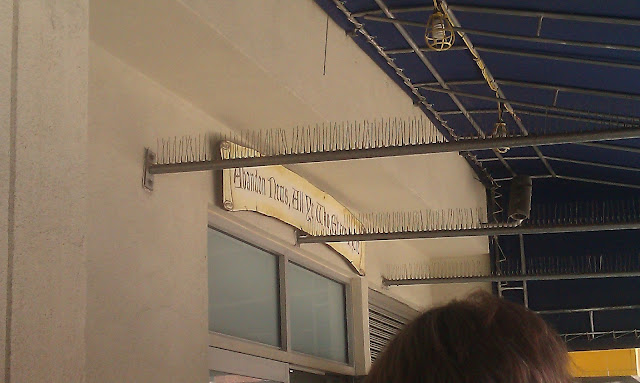 The sign over the door reads: ‘Abandon News All Ye Who Enter’. Also, those pokey things on the bars are to make sure pigeons don’t sit up there and poop on people.
The studio was so small.  Smaller than I was expecting.  John came out and answered questions from the audience.  He was funny and very clever but answered all the questions honestly.
The warm up comic was hilarious (and better than the warm up guy at Letterman if I do say so myself).  I squealed when I heard who the guest was: John Stiglitz
Now most of you are probably like “ummm who?”
I’ll tell you who!  Freaking Nobel Prize winning economist! Professor of economics at Columbia!  Author of a bazillion (thats a technical term) books!
My little econ loving heart hasn’t been this happy in a long time.

The show was filmed as if it were live with the exception to the extended guest interview that ends up online.  I was enthralled in their conversation.  John Stewart knows his shiz.

At the end of the show John had to film an intro for the ‘international’ version of the show that airs weekly.

It was a super fun experience and I’m so glad we were able to go before we move.

The only thing that sucked is they won’t let you go to the bathroom once you’re in there.

I had to find a place to go potty as we were walking to the subway. 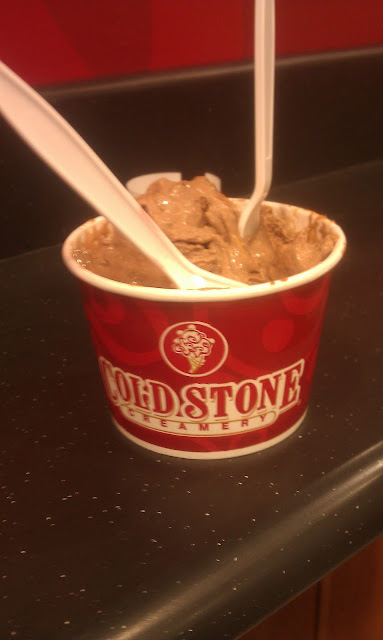 what better place than Cold Stone?

P.S Here is the full episode that we saw.  No muddy audience shots of us this time.  I know you’re disappointed.

Posted in Everything Else, Insta Friday, Sidewalks of New York, Uncategorized