Hubs and I got tickets to Live! with Kelly and Michael last week.

I was super jazzed.

Except that we had to wake up at the break of dawn to get in line.

The studio isn’t far from our place so I had time to grab myself a large and in charge cup of coffee.

I had no idea that the enitre ABC outfit was located at the same studio as Live. 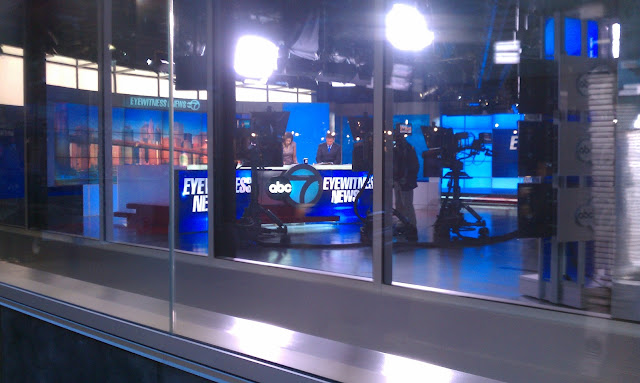 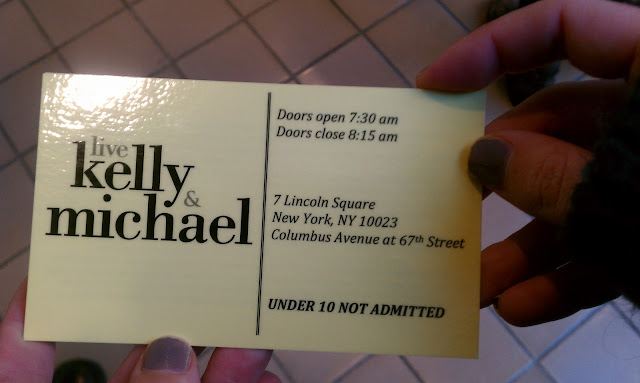 Some of you may know that Kelly got a new studio redesign when Regis left.  I thought it would be HUGE.
It looks huge on TV at least.
It was pretty small.
I wonder how small the old studio was considering I overheard one of the producers say that the new studio is twice the size of the old one.
This is probably the best taping I’ve been to.  (previously, this prestigeous title was held by The Daily Show)
Kelly and Michael are freaking hilarious.
Michael especially is funny on air, but once they cut to commercial he’s even more hyesterical.
He would grab a mic from a producer and start talking to the audience.
Also, they let us take pictures during the taping as long as we didn’t use the flash.
Awesome. 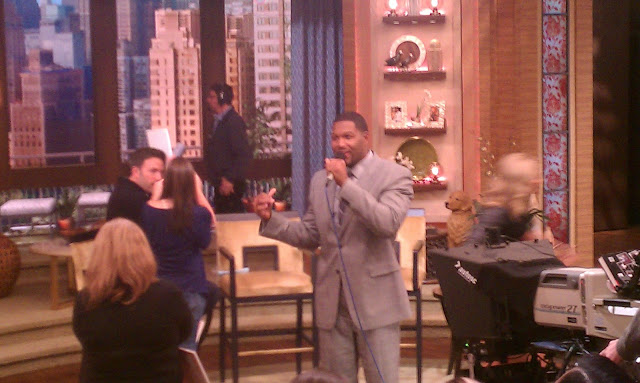 Michael having fun with the audience.  Also BEN AFLECK in the background! eep! 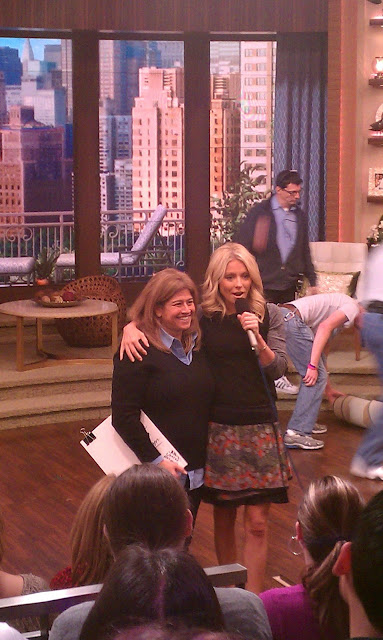 Kelly with her producer.  She told a story about how they used to do ‘Mystery Hosts’ when Regis was out.  Usher was the guest host and Kelly didn’t recognize Usher when he came out!

As I mentioned, Ben Afleck was the guest.
I have (and always will be) a Matt Damon girl.
However.
Ben Afleck in person is a tasty treat.
He is also freakishly tall. 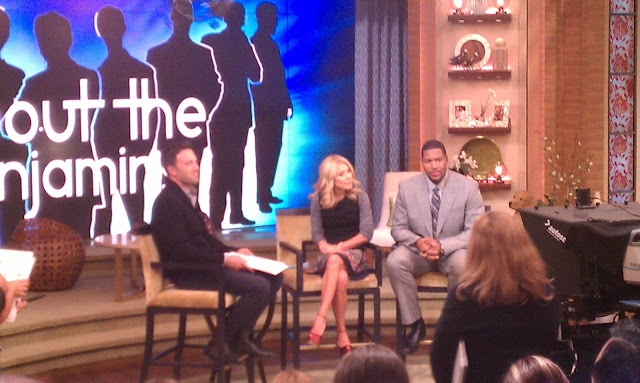 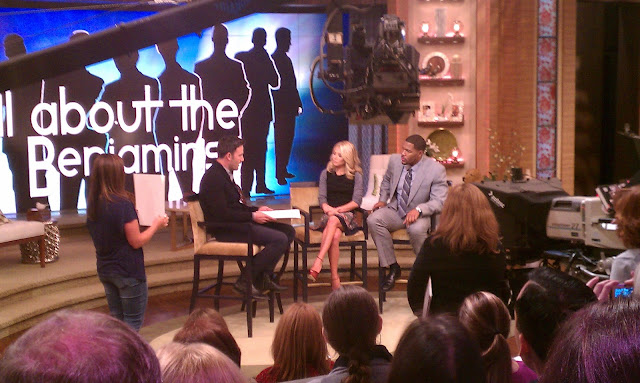 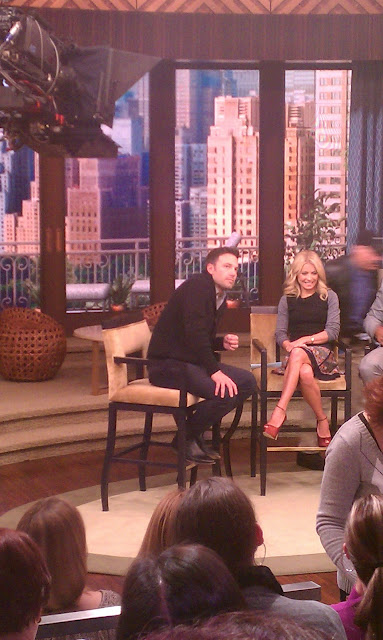 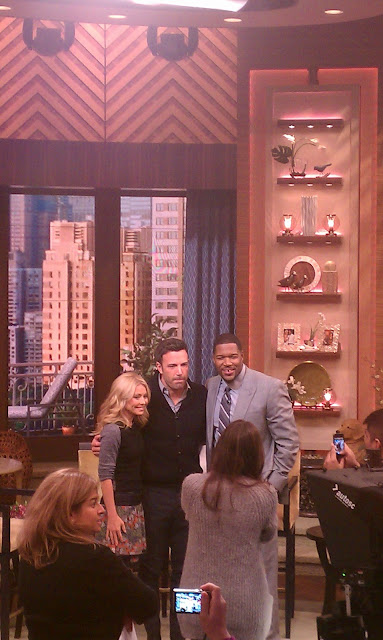 John Cena was the other guest but he wasn’t able to make it on the day the show aired.
So they taped his interview at some point. 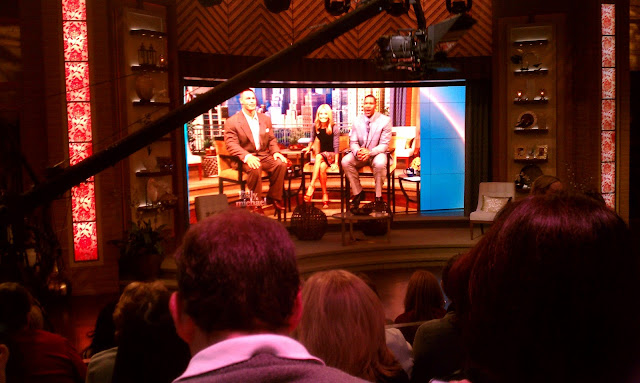 Between interviews and commercials Kelly and Michael were taking pics with people in the audience.
I always got in line but before I got to the front the producers would yell “15 seconds!!!” 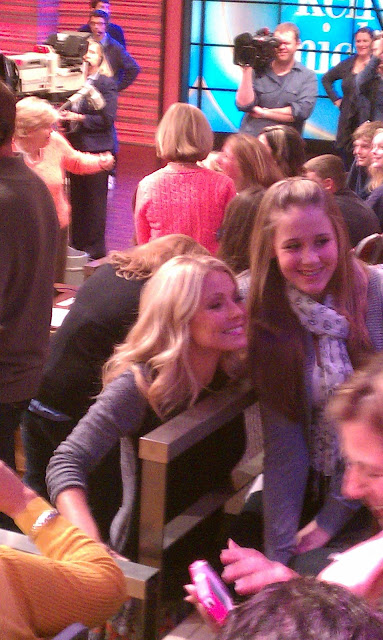 Yes she is as teeny tiny as she looks on TV. 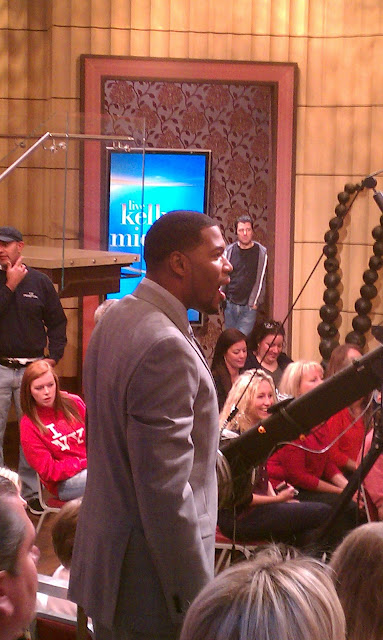 Michael entertaining the crowd again
After the show had wrapped but before we left, Kelly and Michael had to tape some promo voice overs for commercials.
This, by far, was the most hilarious part of the whole taping.
They kept making each other laugh.
And subsequently, the audience laugh.
The producers had to keep shushing the crowd so they could get the audio. 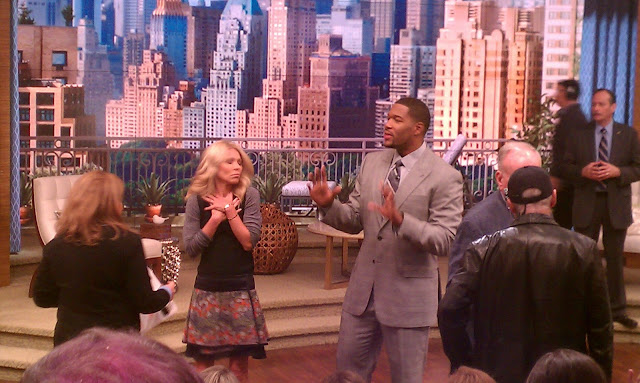 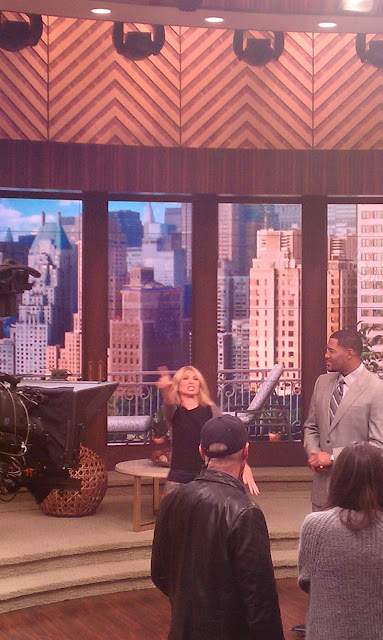 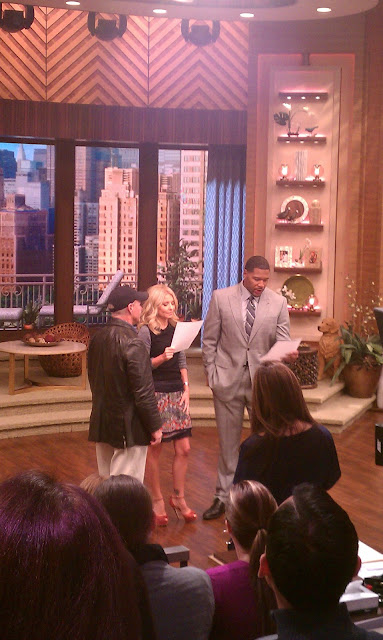 My only regret is not getting a picture with either of them.

All in all it was the most fun I’d had at a taping.

As we were leaving the studio I spotted a memorial plaque for Regis. 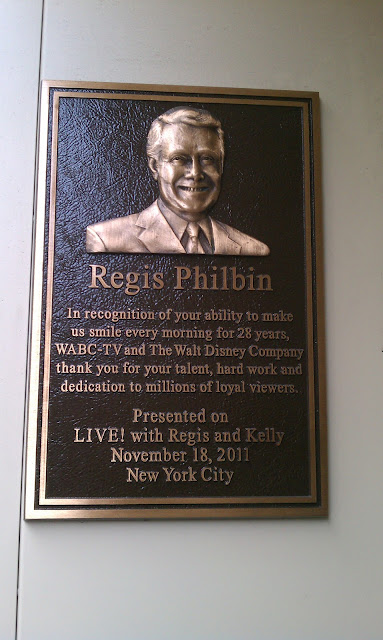 Tear in my beer.

Posted in Everything Else, Random Ramblings, Sidewalks of New York, Uncategorized