Only in NYC does a phone take a ride in a taxi.

And only Husband would have his phone fall out of his pocket.

Husband was running late to his Sunday soccer game.  The subway was 20 minutes away so we hopped in a cab.

3 minutes later we were at the field.

Then Hubs realized his phone fell out of his athletic pants and into the back of the cab.

We called and reported it but the medallion number for the cab won’t appear on our credit card statement until the charge is no longer pending.

Instead of freaking out what does my H do?

He watches online as his phone drives all over NYC via his google latitude app.
hilarious. 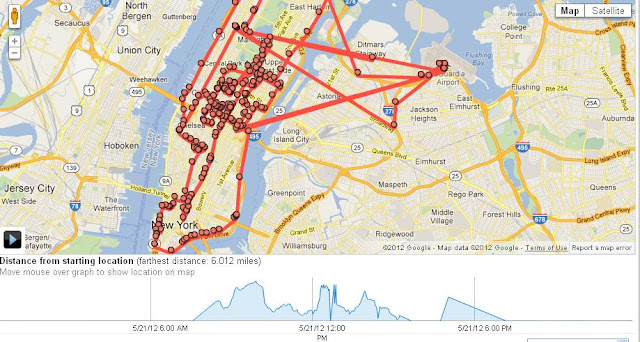 Posted in Everything Else, Random Ramblings, Sidewalks of New York, Uncategorized