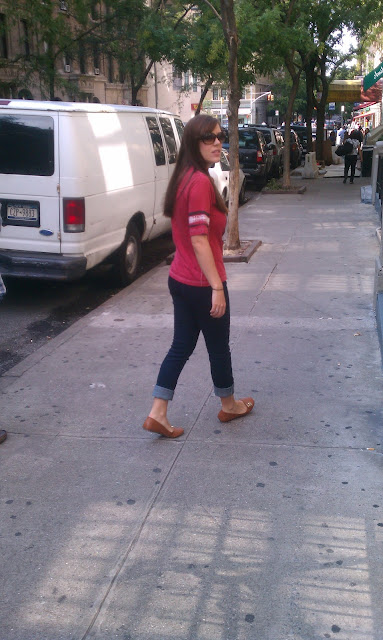 1. My Husker Shirt Collection:
I have over 25 Husker shirts. One of which was my mom’s from the 70s (not the one pictured).  I wear it every opening game day. 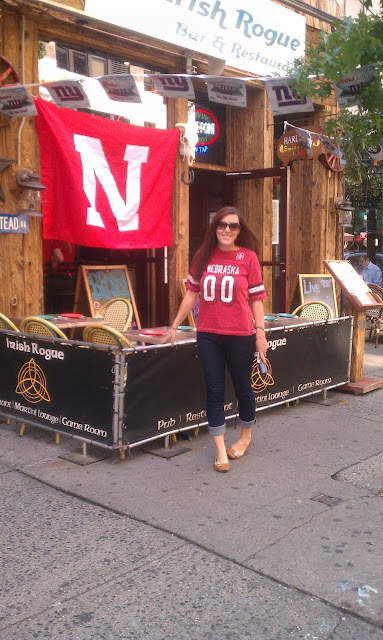 2. Husker Bars:
There are Husker bars all over this country.  I love being able to cheer along with fellow Huskers even if we are no where near our alma mater. In Houston we used to go to a bar called SRO.  In NYC we go to Harleys (formerly the Irish Rouge).  When we get to Minnesota, I plan on making the drive to Minneapolis to their Husker bar (Joe Sensers) 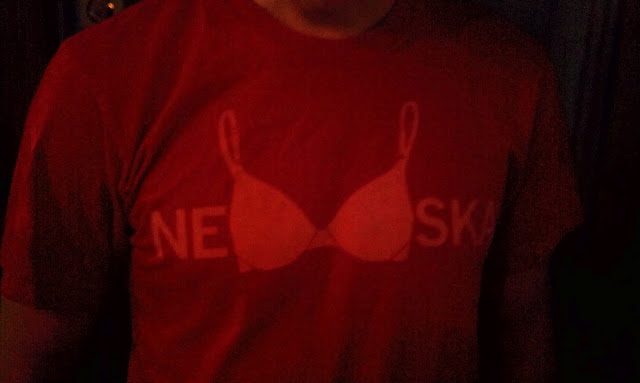 3. Other people’s Husker Shirts:
I don’t think the awesomeness of this shirt needs any explanation. 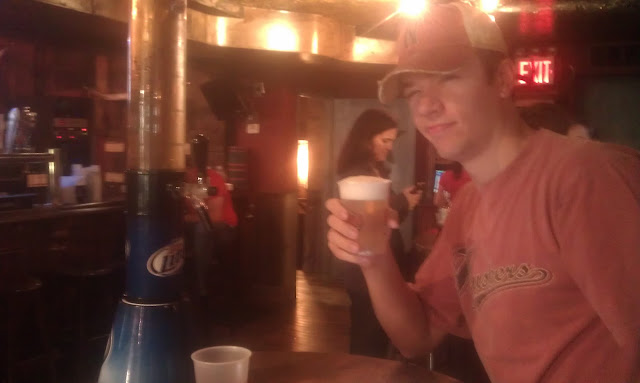 4. Super giant beer dispenser thingys.
This is only about half of the table top keg thingy. It holds 100oz. We get one every week and we try our darnedest to make it last until the end of the game.  Generally we get a refill at halftime (but usually because more friends join us. usually…) 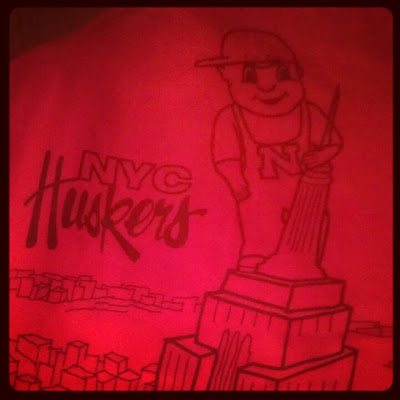 5. NYC’s alumni creativity.
I don’t think that the awesomeness of this shirt needs any explanation either.

Posted in Confessions of an Oilfield Wife, Everything Else, Uncategorized